Discover the deep yogic truths hidden in the teachings of Jesus

This online, interactive course is designed to give you an inspiring and in-depth understanding of Paramhansa Yogananda’s stirring interpretation of Jesus’s teachings.

Through nine structured lessons — each addressing a particular facet of Jesus’ yogic teachings through written materials, audio and video recordings, and live video broadcasts — you will make the thrilling discovery that Jesus Christ and the self-realized yogis of the East proclaimed the same eternal truths.

Study the yoga teachings of Jesus

based on the deep bible commentaries of Paramhansa Yogananda

Proof that Jesus talked about the following yogic concepts:

Answers to the following questions, and more: 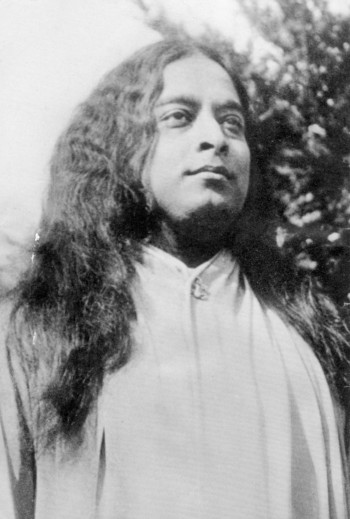 Paramhansa Yogananda said that one of his key commissions was to resurrect the teachings of Christianity as originally taught by Jesus, and to distinguish them from misinterpretations, sectarianism and dogma. He often called his mission “the second coming of Christ.” As a part of this mission, he wrote deep, detailed commentaries on the New Testament and the life and teachings of Jesus Christ drawn from his own inner realization and attunement.

“There is a distinction between Christianity and what I call, ‘Churchianity.’ Christianity is the original teaching of Jesus. ‘Churchianity’ is what his followers have made of that teaching. Christ was crucified once, but his teachings are being crucified all the time, in the hands of misunderstanding theologians.

“It was Jesus himself who appeared to Babaji, and asked him to send this teaching of Self-Realization to the West . . . Babaji asked me to interpret the Christian Bible and the Bhagavad Gita, or Hindu Bible, and to show that the teachings of both are basically the same. It was with this mission that I was sent to the West.

“As I was writing my commentaries on the Bible, I prayed to Jesus for confirmation: Was what I had written true to his actual meaning? Jesus Christ then appeared to me, after which the Holy Grail also appeared, touched his lips, then descended and touched my lips. Jesus declared, ‘The cup from which I drink, thou dost drink.’”—Paramhansa Yogananda

a quiz to test your undestanding

a one-hour video lesson with the instructor

Life-time enrollment in the course—study at your own pace

Personal support from the instructor Brahmachari Sagar resides in the Ananda Monastery located at Ananda Village in Northern California and serves Ananda’s Online Ministry. Born into a family of kriya-yogis, Sagar read Paramhansa Yogananda’s Autobiography of a Yogi at a young age, an influence that culminated in his decision to serve Yogananda’s mission through Ananda.

Sagar led Ananda’s work in Mumbai for about five years. He has served Ananda’s work in India in several capacities: as a teacher and counselor to students, as a meditation and stress-relief workshop facilitator for corporates, and as Ananda India’s fundraising coordinator.

Prior to commencing his life of service at Ananda, Sagar was a graduate student with full scholarship at Boston University and holds advanced degrees in Engineering.

What an incredible class. I have always felt there must be more to the teaching of Jesus other than what was taught in church during childhood. The information was explained in such a clear and concise manner, and Yogananda’s explanations of these teachings of Jesus have filled my heart with a sense of peace and my soul has accepted these interpretations as true. If you are the least bit interested in Jesus’ teachings and have only studied the western interpretation, this would be a wonderful way to expand the knowledge. — Monica W. Wisconsin

Thanks to this class, Jesus has stepped out of the Bible and become a living presence in my life, in a most vibrant and thrilling way. Week after week, bible passages come into clear focus and — for the first time — make sense. — Mary D., Arizona

This is a perfect class for sincere truth seekers of any religion. In living the Christian path for many years, and then studying the teachings of Paramhansa Yogananda as an adult, I often wanted to understand how the teachings of Jesus Christ and Yogananda are in essence the same. This class so effectively guides the student through videos, writings, poetry, and music to that ultimate ‘understanding.’ For me, everything started “falling into place.” — David W., California

This course was a delight: a well-balanced mixture of text, recordings and videos that helped me to pacify and reconcile the path of being a Christian with practicing yoga. It is a great pleasure to discover that there is actually no incompatibility between these two paths and that they actually form one and the same path to commune with God. — Alba S., France

Life-time enrollment—study at your own pace